The Tree Immortal - A Fable

For five-thousand years, this tundra has warmed and cooled, as has my mood. Anchored by roots reaching through layers of creatures, conquerors and droughts, my sinewy body has been twisted and eroded by elements and time. With my leaves lost and my branches frail, I can do no more than stand and listen.

For millennia, I heard no language, only howls and growls, and the wind whisking whatever the sky scattered its way. Eventually, there were humans. At first, warriors on horseback— symbiotic settlers who drew from, and cared for, the earth as I have. Centuries later, that spirit and generosity became slough, a population regrown as ego and ignorance, toted to my tundra by railroad. Eventually, my age became legend, and my existence a source for mysticism and greed.

Rare now is silence. I can no longer listen to the wind but for the cacophony of prayers and the clamoring and whooping of visiting narcissists seeking the secrets of immortality. They break my boughs to gaze over hills and curiously pick at my bark like a scab, all while praying to be healed, and to evade death, kneeling before the Tree of Immortality.

In their ignorance, they confuse longevity with peace. They bring their cancers, and their infections, and their resentments and their burdens to my bole.
“Heal me.” they say.
“Deliver me.” they hope.
“Long life, true love, great wealth!” they chant.

Time.
None among them is prepared to accept the passage of time, and the blessing of life’s impermanence.
What a curse it is, to be unable to flee, or even to twitch, lest the wind commands it. What torture to be rooted in place, forbidden from lying down upon the ground and returning forever to the soil that birthed and nourished me.

I am obliged to remain, winter after winter—as both guard and tower—forced to bear witness as fawns become prey, and the endangered become extinct. Through this most recent age has been added the whines of those blind to their own fortune, reckless with their waste, and indulgent in their wants.

What is worse, being unable to dodge death’s catspaw, or knowing it may never come? Which is the more difficult trial, to experience temporary sorrow, or to witness an eternity of it?

Is the pain of sickness and the shock of death less desirable than millennia of stasis?

So many arrive on their pilgrimage, blind to their greatest gifts: motion and mortality. With the misfortune of outliving not only my own past but also those who pass before me, I am bedeviled with forever, which I would gladly barter for one stride in any direction, or to know eternal sleep. 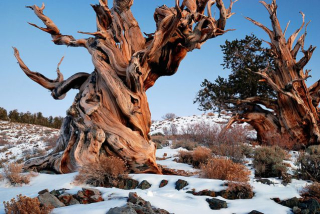 Posted at 08:23 AM in Short Stories | Permalink

This is only a preview. Your comment has not yet been posted.

The letters and numbers you entered did not match the image. Please try again.

As a final step before posting your comment, enter the letters and numbers you see in the image below. This prevents automated programs from posting comments.

Having trouble reading this image? View an alternate.

(Name and email address are required. Email address will not be displayed with the comment.) 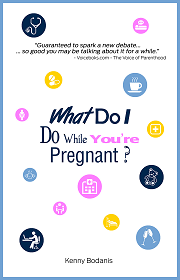